Please review any and all PUBLIC repositories, groups and associate files. These allow anyone on the Internet to access without authentication. Repository and group owners are responsible for their content and permission settings. Go to your project(s), click on Settings > General and expand the "Visibility, project features, permissions" to change this setting. 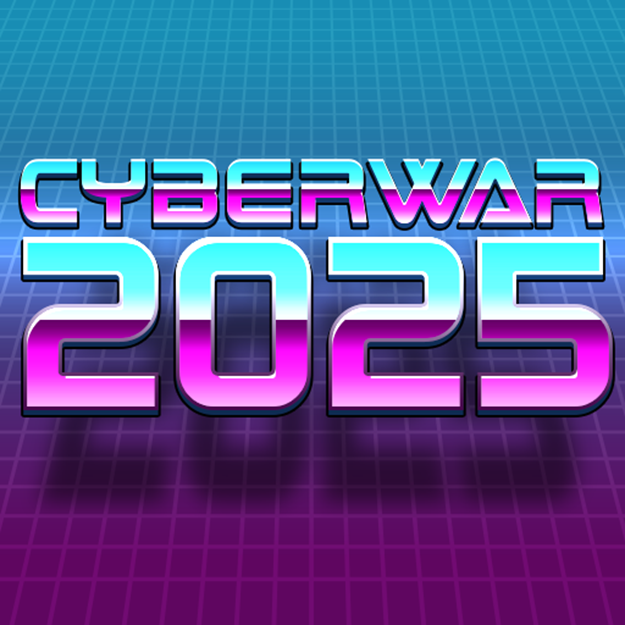 The premise of CyberWar: 2025 is to create a collaborative training environment in which leaders, policymakers, and non-technical personnel partner with those who have experience in cyberspace operations, cybersecurity, or a similar technical field. CyberWar: 2025 simulates a realistic cyberspace operational environment and models the effects of current real-world cyber activities in a non-technical and straightforward manner. The complexity of CyberWar: 2025 lies within the core game mechanics of randomization and dynamic board changes, which challenge each player from one round to the next.

Each player must subvert the other players on the board by eliminating their access to their own base and prevent the same from happening to them. To do this, they must secure their own network nodes while infiltrating their neighbors, and eventually to deny access to a node.

It is very common for a game to end without a clear winner. Many times the board is occupied in such a way that the bases are not accessible to all players. 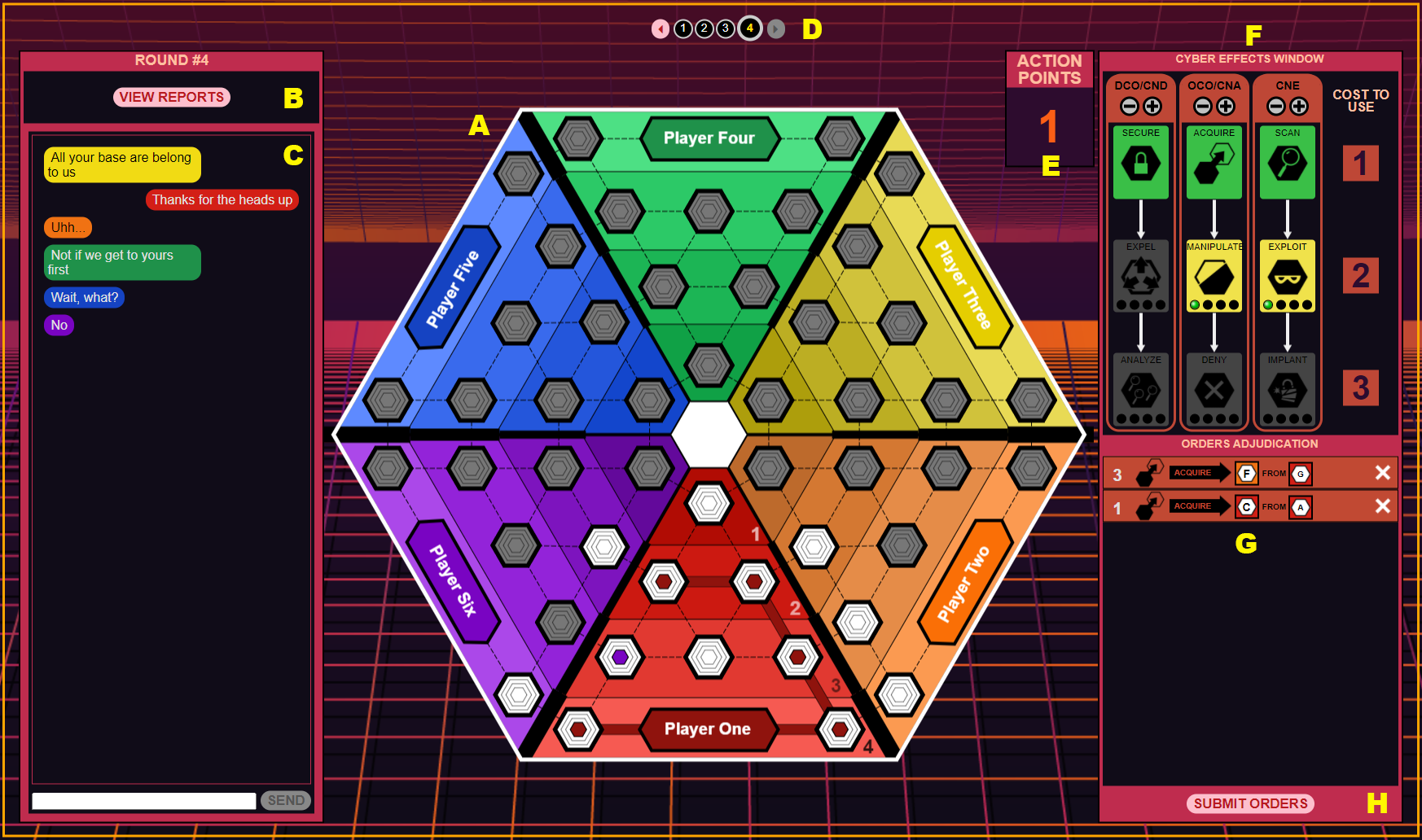 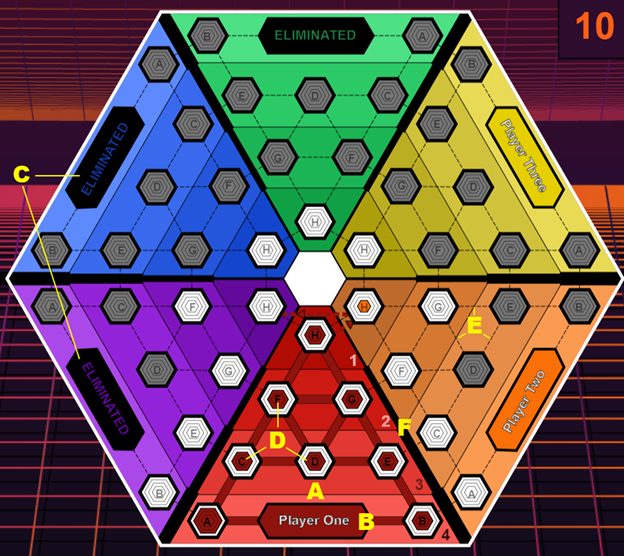 On your turn, you have a number of action points to spend. These are spent on:

You are not required to spend all your action points during your turn. They may be banked for use in a later turn.

To perform actions on a node, click on a node. If the node is gray, actions are not eligible to be performed on that node. 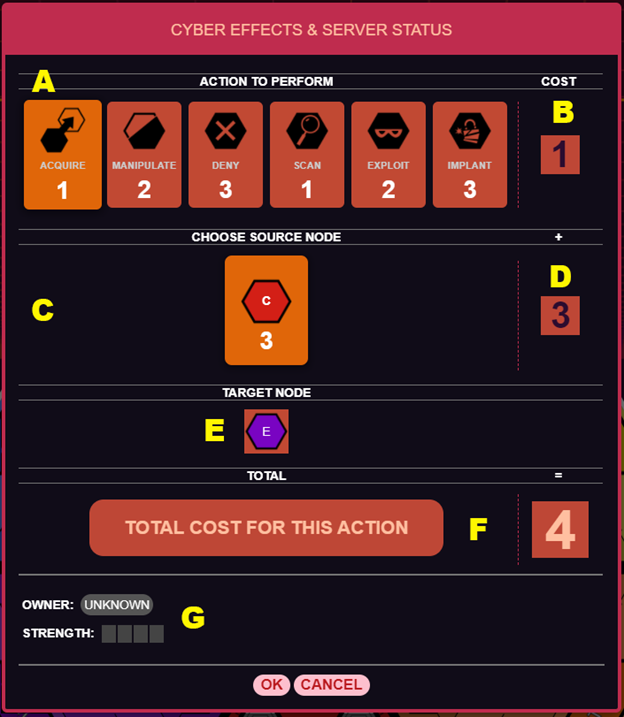 Action points can be used to upgrade your capabilities. These capabilities provide you with more actions to perform. 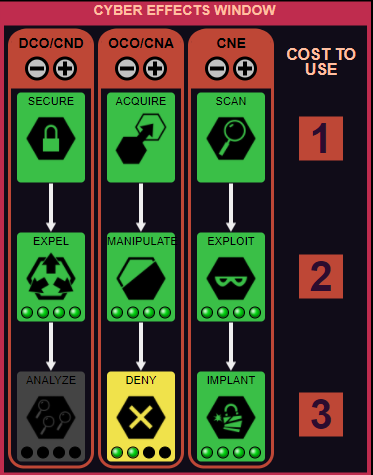 Private chat can only be seen by the two players involved in the chat. 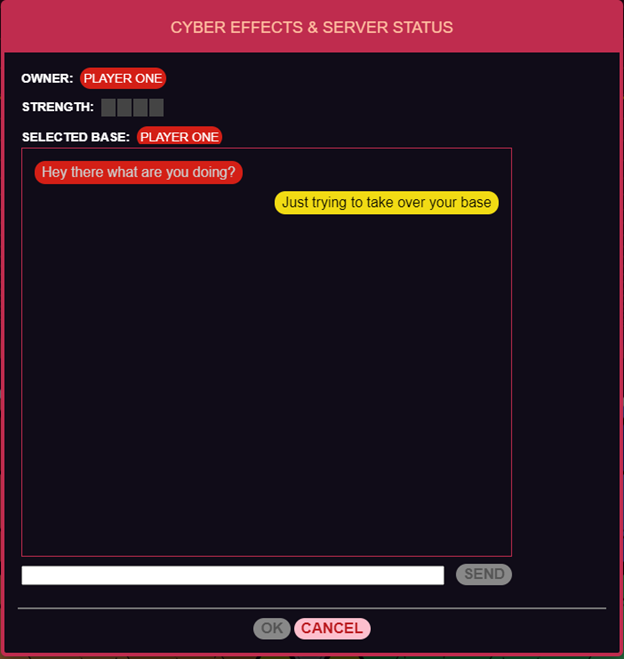 To chat with another player, click on the base icon of the player with whom you want to chat. 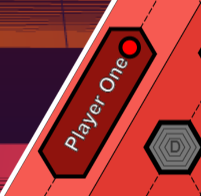 When a new unread message arrives from another player, a pulsing dot appears next to the name on their base.

The public chat is located on the left side of the screen. All messages here are visible to all players.

The reports dialog contains the list of all the actions taken in the previous turns and the results of those actions. 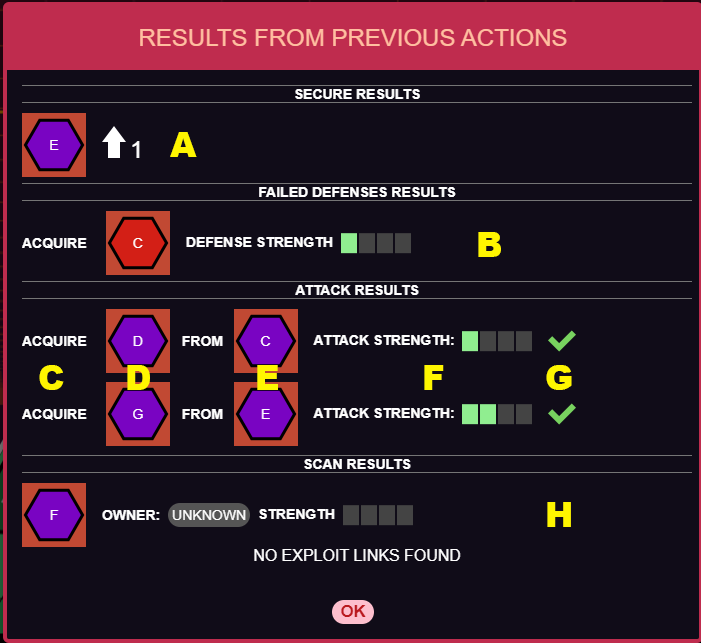 Increases the value of a server node by one point value to a max of four. The higher value on a server node, the stronger the attack and defense odds are against opposing cyber effects.

Overtly seizes control of targeted server node. The Acquire effect cannot be used against bases. The odds of success for an Acquire effect attempt are determined by comparing the value of the attacking server node(s) with the value of the defending server node. Thus, using Secure effects increases the likelihood of a successful acquisition using the secured server. Players also can execute this effect in the blind, or without prior knowledge of someone controlling that server node using the Scan effect. Acquire action strength stacks when attacking the same node from multiple locations.

Increases the value of a server node by one point value to a max of four. The higher value on a server node, the stronger the attack and defense odds are against opposing cyber effects.

A defensive cyber effect that removes all covertly hidden or exploiting players who reside on your overtly controlled server nodes.

Same as Acquire, but can misattribute the acquire action launched and mask the owner as another player on the board.

Functions like an Acquire action, but on success, you will not actually own the node. You will get action points from it and can perform actions off of it as if it was your node, but you will not be able to Secure it. Other players will not see you have this link unless they scan one of the two linked nodes. Exploit actions do not stack.

More effective version of Scan because it can scan the player’s entire network of linked server nodes (+1) to reveal any exploited players residing on the player's network.

Calculates an attack similar to Acquire, but will remove the node from play if successful. Cutting off a player's base from the network will eliminate them from the game. Deny actions do not stack and are calculated separately.

Reduces the defensive value of that server node to one for one turn. Then the player must launch another OCO or CNE effect to gain access to that server node. If launched on a base, there is a chance the defending player can be locked out of play for one round.